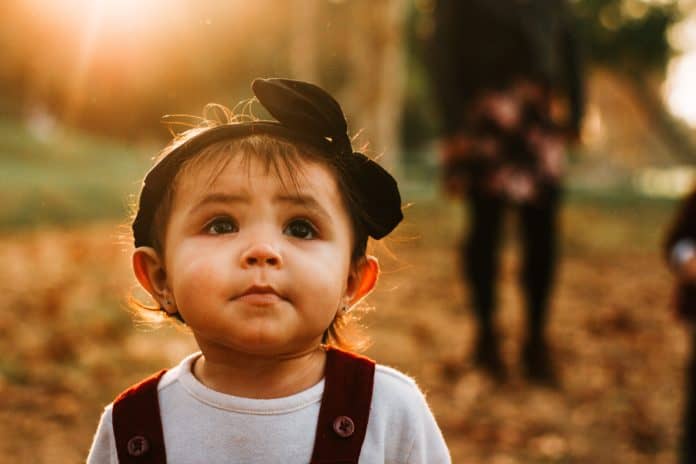 Naming your child is one of the most ever lasting gifts you could ever give! As a parent you want to give your child something truly unique and special. You want to choose a name for your baby girl that you and your daughter can be proud of.

If you are still struggling to come up a name for your baby check out The Baby Name Wizard book!

Old German names are very powerful names! Lenna means “lion’s strength” Which is something we all want our daughters to have!

This girl’s name is of multiple origins, and the meaning of Millie is “industrious“. Millie is a variant of the Latin and Old German name. Other meanings for the name Millie are STRIVING; WORK; HELPER TO THE PRIEST; BEE; HONEY; GENTLE STRENGTH; BRAVE STRENGTH

Valerie is a French variant of the name Valeria meaning “strength, health” This name has been on the popularity list since the 1880s. Despite the popularity of this name,  it is bold and strong!

The name Bree is of Irish and Gaelic origins. The meaning of Bree is “strength or an exalted one“.

Andrea as a girl’s name and a common boy name. It can be pronounced AHN-free-ah, AN-dree-ah. It is of Greek origin, and the meaning of Andrea is “manly, virile“.

Briana is the feminine form of Brian which means “strong, virtuous and honorable.” The name became known from a poem that a British author wrote called “The Faerie Queene” in 1590. The name Briana means “high, noble, exalted,” which is sure to give a boost of confidence to your child!

Bridget as a girl’s name is pronounced BRIH-jet. It is of Gaelic origin, and name Bridget means the “exalted one“.

Trudy is a girl’s name that means “universal strength” it is of German origin.

The name Gabriella is a very strong and beautiful name. It is a feminine variation of Gabriel. Gabriella means “Heroine of God”

The name Bria  is an Irish name and Bria was inspired by the name Bridget. This name  means “power, strength, and vigor“

This beautiful name is a little more unknown. It is a Welsh name meaning “enthusiastic power, wise ruler, and“greatest champion“. This name is sure to strike power into any girl!

Carla is a Portuguese name, meaning “one who possesses strength“. This name is very powerful and beautiful any girl who is named this is going to be a catch!

This name is associated with some of the strongest feminist symbols.  Many strong women have had this beautiful name. Amelia means “Industrious, striving, and work“

This name is a version of the name Alexandra which means “defending men”. Sandra was the name of the first women jurist in the Supreme Court of the United States. This is such a beautiful and strong name!

Ruth is a Hebrew name meaning “friend or companion” The name Ruth has some deep biblical ties such as the Book of Ruth in the Hebrew Bible.

Elizabeth is a descendant of the Hebrew name Elisheva. This powerful name means “God’s promise or God is my oath“

This is a name that you don’t hear too often. It is a Hebrew name meaning “lily“

This beautiful name is of Scottish origins. Janet is another name for Jane which means “God’s gracious gift or God is gracious“.

This name is a royal, feminine and romantic name meaning “God’s promise“. It is an Italian and Spanish version of Elizabeth during the middle age. Common nicknames for Isabelle are Izzy, Bella, and Isa.

There is no better way to tell the world that your little girl is an angel other than this beautiful name. The name Angela comes from a boy’s name Angelus which translates to “angel”. That being said Angela means “messenger or messenger of God“

This name came from other variations such as Cornelia (Latin), Eleanor (Greek), Helen (Greek), and Nelly (English). This beautiful name Nellie means “horn or sun ray“. Your little girl is sure to be a sun ray in your life!

This name is of Latian origins meaning “glory“

I think this is such a cute little girl name! And the meaning is amazing! It is of Old English origin meaning “brave, strong“

Diana was an ancient Roman divinity who was associated with a Greek God Artemis. Also, Diana is the name of Wonder Women! This beautiful and strong name means “divine“

You might recognize this name from the movie Matilda. This name may sound old and flowery but this name means “mighty in battle” So look out world!

This is a name of Latin origins meaning “serene or calm” This is such a beautiful name and not to mention the famous tennis player Serena Williams who is a BOSS on the tennis court!

This name comes from the Irish, Gaelic, and Celtic name. If you are a Game of Thrones fan you may recognize this name from Brienne of Tarth. But you will love this name for what it means!. Brienne means “high, noble, and exalted“

Leona is the feminine form of Leon which is from the Latin origins meaning “lion“. If you know anything about lions they have some of the strongest and powerful animals in the animal kingdom!

This is a very soft and beautiful French name meaning “of the race of women“. In the fifth century, a young lady named Genevieve was a faithful Christian who believed in God and through prayer and belief, she protected the city against Attila the Hun and his army.

Grace is truly an amazing name. It is a very popular name because of its virtues meaning. This beautiful name means “favor or blessing” little girls are a beautiful blessing to any mamma.

Nora is a retro name that was a big hit in the 1880s and now it is coming back in a big way! This adorable name means “honor“.

Odette is a cute name from the French and Old German origin meaning “wealth“.

Sydney is an Old English name that means “wide meadow“

Amara is of Latin origin and it means “everlasting” Any little girl is going to be everlasting!

This beautiful baby girl name is of Greek and Hebrew origin. And beautiful is this name since it really means “virgin, beauty, and noble“.

I absolutely love this little girl name! It is of English origin meaning “bright; beautiful“

If any of you are Office fans then you may recognize this name. Astrid Old Norse origin and the meaning of Astrid is “fair, beautiful goddess“.

Mabel is of Old English origin meaning “lovable“. This would be a perfect name for any little angle.

This name is of Yiddish origins meaning “beautiful“. This comes with a beautiful and sweet nickname of “shay”.

Jolie as a girl’s name is of French origin meaning “pretty“. It has become extremely popular after the famous actress Angelina Jolie.

Evelyn is of French origin meaning “life“.
There you go! Which of these names do you love the most? Let me know in the comment below!
Please Pin Me!

This site uses Akismet to reduce spam. Learn how your comment data is processed.