Have you ever thought about what your child’s perceived needs are versus what their real needs are?

We all have our needs such as food, water, and shelter. Then we have our perceived needs and the definition of perceived means “interpret or to look on (someone or something) in a particular way; regard as.”

A child’s perceived needs may be that they need to play video games in order to fill a sense of accomplishment. Do they really need to play video games to fill accomplish? No, but that is their perceived need. Just like you don’t need 1 million dollars to be happy, would you like 1 million dollars? Sure! Who wouldn’t? But thinking that you’ll finally be happy once you have $1 million is not a true need.

You can choose to be happy whether you have $1 million dollars or not. I recently came across a website called Mindful Generation. It is all about helping your children to manage their emotions and feelings by teaching them how to identify what emotion they are feeling. And one thing I really liked that stuck out to me in one of the blog posts was this saying, “misbehaviors are an unmet need.”

There was a week where our 2-year-old daughter was really pushing it. Every night after our normal nighttime routine of going potty, brushing teeth, reading books, talking about our day, and then snuggling for a few minutes and then off to bed.

She would come out of her room 5 to 10 minutes after we put her to bed, that she would stand at the top of our stairs calling my name saying she has to go potty.

What did I do? I would take her potty, to only have her sit there for 5 minutes and not go potty. But our daughter was happy because she got to be out of bed for 5 more minutes.

Noticing that she is not going potty, I take her off the potty and we walk back to her room and tuck her in once again.

And then the same thing would happen over and over. Until we reach a point where now mom and dad are both feeling angry, the stuffed animal has been taken away, and she is still getting out of bed!

Bedtime is at 7:30 but now she has gotten her way of being up for an hour to two hours. Those few hours were horrible for everyone.

But our sweet 2-year-old daughter still got her way.

This kept happening for 4 days. And we were done.

After getting her to bed. She, of course, started to do what she has been doing for the past few days. But by the third time of telling her to go to bed. I was done.

I walked into the garage and got some string. After allowing myself a few minutes to calm down so my emotions weren’t high. And I got down to her level and explained what was going to happen if she got out of her room again.

I told her that if she chose to get out of her room then she is choosing to have her door locked. She answered back in her cute sweet little voice “okay, mommy”. I tucked her back into bed and tied the string to her door handle and tied the other end to the bathroom door just opposite of her room.

And I bet you can guess what happened next. Our daughter went to go get out of her room. Except for this time she couldn’t open her door. She tried and tried over and over. Was she crying, of course? Any 2 years old would.

My husband and I were standing at the top of the stairs listening to her cry and trying to open the door and the guilt was starting to hitting hard.

We chatted about what we can do, such as do we go in and snuggle her until she goes to sleep? Do we put her in time-out?

We decided to leave her in her room and cry it out. Did I feel like a horrible mom, YES! I hate doing things that make my little girl cry.

But at the end of the day, she needs to learn to go to bed by herself without any aid or consolation from her parents, and that mom and dad run the house not her.

I know this story may seem like we are harsh or mean parents. But don’t worry, keep reading it gets better. Children need to learn to respect boundaries and know that they are not the ones who run the house.

But guess what? This taught our daughter a very valuable lesson.

#1- She does not run the house

After 15 minutes of trying to open the door. She realized she can’t open the door, mom and dad aren’t going to save her and the best lesson of all. She learned to soothe herself down and that we as parents mean what we say.

When we saw her on the baby camera calm down by herself. I wanted to go right back up to her room. To give her so many hugs and kisses because I was so proud of her finally accepting that her parents aren’t going come save her. Plus she took control of her emotions by calming herself down and finally going to bed.

She tried to open the door for 5 minutes and wasn’t crying at all. After a few minutes of trying to open the door, she gave in and went to bed. This was another HUGE moment for her!

On the third night, things got even better! Once I got her to bed and told her that if she chooses to open the door then she is choosing to have her door locked. She said “okay, mommy” and rolled over in her bed. After leaving her room. We watched her on the baby monitor to see if she was going to listen or test boundaries. And the most amazing thing happened.

To watch her process, think, take responsibility, and understand the consequence if she opened the door. It was such an amazing moment to witness! #proudmommoment. She was literally causing herself to be miserable at bedtime for two straight days and by the third day, she happily went to bed.

Parents who give in to their children’s misbehaviors, their arguments, their tantrums are only rewarding what the child wants. Which is to push your buttons and get what they want. Now I want you to imagine what it would have been like if we didn’t lock her door. But instead, we laid down with her until she fell asleep, or kept taking her potty until she decides she doesn’t need to go. Every night she would be expecting that from us! She would have been in control of how and when she goes to bed.

Many parents dead night time because of the huge hassle it is to get their children to bed. We were deading it as well!

Often parents think that if they just love their child the death that all the misbehavior, disobedience, backtalk and arguments will magically go away. Now I am not saying to not love your children. I love our children to the moon and back a bazillion times but with love comes being firm and teaching children boundaries.

We could have loved her to death and crossed our fingers hoping that she would just magically stop misbehaving and go to bed. Could have laid in bed with her in bed until she has fallen asleep? Sure! Could have taken her potty 20,000 more times? Yes! We could have even kept her up with us to watch movies, but in the end, if we would have not locked her door she would have won. Children are not born knowing how to know the difference is between a perceived need and an actual need. Making good choices is something that has to be learned.

#1 Take responsibility for their actions.

#3 Know how to effectively manage their emotions.

#4 To learn how to go from total dependence to being independent.

Because what we do as parents play’s a large part in our children’s success in the real world.

What can you be doing better as a parent to help raise a responsible, problem-solving, and emotional intelligent generation? 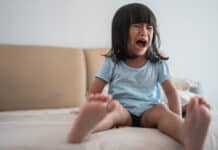 How To Deal With Your Toddler’s Terrible Two Tantrums. 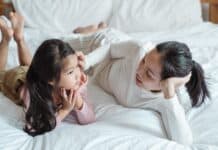 5 Steps To Have An Empowered Conversation With Your Child 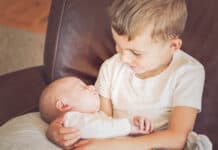 4 Ways To Help Your Firstborn Adjust To A New Sibling

This site uses Akismet to reduce spam. Learn how your comment data is processed.